Scottish Independence: YES to the Future 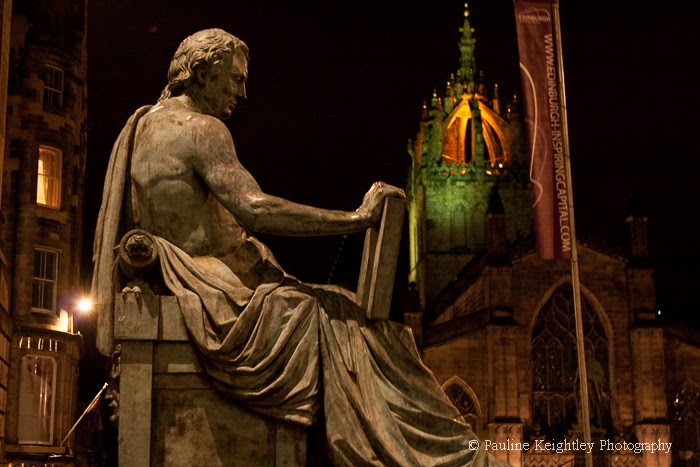 Yes Scotland! It was great to see the blue and white flags at the independence rally Edinburgh.  And I am tired of the Union Jack propaganda everywhere these days….bags, bottle tops etc. And why on earth are we ‘better together’ financially, while super state London builds up its own ifrastructure1? Can anyone explain? Our independence is not about political parties, but about our freedoms, confidence and the future for our children.

Today in 2012 I notice Union Jack bread and biscuits in the shops and it all reminds me of the Big Media campaign back in 1979 that manipulated peoples' fears of change and told us we were too small a country to be able to fend for ourselves and plotted against our hoped for self-determination. This time, while the campaign is a more subtle one, I have to wonder that it may back fire on them as I choose to purchase Scottish cheese. I have taken several months to write my thoughts on Scottish Independence and I have had several decades to think it all over!

In ‘79 we were told that not enough people had voted even though the majority voted for independence. After this, some Scots were disillusioned and left Scotland. I left Scotland myself in 1980 for America and returned here in 1989.  Turmoil can create great art though and after ’79 in the eighties there was a revival of Scottish art, music and writing. Since then there has also been a revival in Scottish pride and culture. Back in the 70s there were fewer ceilidhs and kilts were rarely seen at events or on the high streets and there was less pride in our Scottish heritage. Pride in our history, heritage and culture is the only positive way forward.

This debate is not about flag waving. The problem for those who like to wave flags, is that a prosperous country is one that is inclusive, encourages equality, is forward thinking, flexible, adaptable, responsive and well educated - and I dont' believe that the London UK government can offer Scotland the opportunities and values that could possibly deliver these important criterion for a successful future. Most Scots believe in equality, which is the best way forward for an efficient and prosperous country.

We have to seriously ask ourselves what is wrong in Scotland when we have the eight biggest economy in the developed world and yet we have a quarter of our children living in poverty and an archaic infrastructure with old trains and impossible, dangerous roads? Aberdeen is booming and yet it is traffic clogged.  The elitist hierarchy UK model is not working for us. Equality brings prosperity for all.
Independence will mean a Scotland that is a more outward looking, confident country and hopefully one able to cheer England, our closest neighbours, at the Rugby Internationals the way a free Ireland is now able to!  It is important that we celebrate Scottish artists, writers and musicians as we don't always recognise the talent on our own doorsteps. Scottish music has gained good respect worldwide in recent years and artists are no longer required to have a deal in London and are able to access their audience directly via the networking sites online.

We should feel free to voice our differences and to be proud of them as our voices may at times feel lost in today's world of mass communications and our vast media world of globalization. Fast communication is wonderful and accelerates learning but it also can mean we loose creativity and the power to question and can lead to uniformity and playing it safe. We only move forward when we question and challenge. That’s what punk, the 60s the revolution were all about. It’s about saying ‘stuff that’ – it’s stupid nonsense. Sometimes it needs to be rough edged, off the edge, no rules.

Debate. I attended an interesting debate entitled ‘What Does the Union Mean for Scotland?’ at the Edinburgh Book festival 2011. Leading the debate were Lib Dem Mingus Campbell, SNP Michael Russell and highly knowledgeable historian Neil Ascherson, who proved an  informed and interesting speaker. The arguments for the UK union sounded dated, old and negative while the arguments for Scottish Independence sounded forward thinking, positive and inclusive.

Oil. The UK has a highly centralised government in which London has already set itself up as a superstate.  In other countries there are several major cities. London sucks in the Financial sector, the Big Banks, the army, media, civil servants and more service industries. Scottish Oil revenues were lost when the UK Government created a fictional country called ‘Dogger’ to collect North Sea Oil revenues. My husband works as a chemical engineer in the oil industry and there are still plenty of oil reserves and possibly more oil on Scotland’s western shores.

We have to seriously ask ourselves what is wrong in Scotland when we have the eighth biggest economy in the developed world and yet we have a quarter of our children living in poverty and an archaic infrastructure with old trains and impossible, dangerous roads? Aberdeen is booming and yet it is traffic clogged. The elitist hierarchy UKmodel is not working for us. Equality brings prosperity for all.

For me independence is inevitable and it now seems that the UK model is a broken one. Quote: 'The UK is a Broken Model: We need to rethink the State, so that in 100 years we will still be able to pay pensions, have a sustainable community and eliminate the gross inequality of globalization.' Alex Bell former SNP senior advisor.

My own story is somewhat unusual.  My family are from Union Jack waving Unionist Ulster Northern Ireland. I used to visit Ireland growing up and I was struck by the differences between the Scottish people and the Irish. The Irish appeared more confident and outgoing and sure of their future, while by contrast the Scots lacked confidence and had a chip on their shoulders. When I was able to vote, I believed that Scotland needed more say over its own affairs and not to feel second rate and beholden to the government in London - I have voted SNP ever since. I also spent ten years in the US (Cincinnati and Chicago) where my two older children were born. America has a more de-centralized government where each state runs it's own affairs. The federal government decides on roads and on defence and Americans believe strongly in people running their own local affairs.

Perhaps as I come from the edges and can clearly see two sides, I am able to see the one picture more clearly and I am convinced that independence is the right way forward. Scotland has its own history, culture, education and law. Some claim we are Better Together in the UK. Do they mean better in a rigid elitist hierarchy that allows no social mobility?
*Today I noticed Scottish shortbread in a London red bus tin in M and S and I wondered was this "British" shortbread? Scotland badly needs its own identity and pride restored again as a positive way forward. The Scottish people once led the world in innovative thinking and we do not need to feel second class or dependant on London charity. We only have to look to countries like Norway (or Finland), also with a small population and oil reserves, to see strong independent success stories.
I am a long time SNP supporter and I voted for independence back in 1979 - it has been along road getting here, but we are here at long last and its' an opportunity we cannot let slip by again. I have no idea why some claim we are better or stronger together - this vote is not about separation or division but about a better and stronger working partnership for the UK.  Inevitably the scare tactics will start again and we have to try to keep focused on the right way forward for our country.
Back in 1979 we were told we should be afraid of Scottish self determination – why? We should be more afraid of London setting our rules. To every time there is a reason and a right way to be – the tides of time tell us the right way to be and the right way forward. All the indications point in one direction…
What does 'Independence' mean?  To me it is not about 'Borders', but about making our own decisions in Scotland over issues like taking charge of our own resources such as oil, not entering illegal wars, not having trident in the Clyde, making greener town centres, de-centralising healthcare, and about feeling our votes can make a difference.
This debate is not about political parties but what kind of country we want for our children. Let's not miss this big opportunity to have our own voice.

People's Festival Ceilidhs
Henderson was instrumental in bringing about the Edinburgh People's Festival Ceilidh in 1951, which placed traditionally performed Scottish folk music on the public stage for the first time as "A Night of Scottish Song". However, the People's Festival, of which it was part, was planned as a left-wing competitor to the Edinburgh Festival and was deeply controversial. At the event, Henderson performed a song, to the tune of Scotland the Brave, which glorified John Maclean, a communist and Scottish nationalist hero.
However, the event marked the first time that Scotland's traditional folk music was performed on a public stage. The performers included Flora MacNeil, Calum Johnston, John Burgess, Jessie Murray, John Strachan, and Jimmy MacBeath. The event was extremely popular and was regarded as the beginning of the second British folk revival. Henderson continued to host the events every year until 1954, when the Communist ties of several members of the Peoples Festival Committee led to the Labour Party declaring it a "Proscribed Organisation". Losing the financial support of the local trades unions, the Peoples Festival was permanently cancelled.
at 20:20
Email ThisBlogThis!Share to TwitterShare to FacebookShare to Pinterest
Labels: government, scottish independence, YES to the Future
Newer Post Older Post Home