'Is social mobility dead in the UK? We are now ruled by unexceptional people with exceptional education.'  British author Tony Parsons 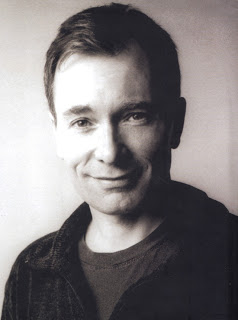 There is now no social mobility in the UK says Parsons.
From 1960 to 1975 we had five Prime Ministers who were from ordinary beginnings and who were educated at state schools - from Harold Wilson to John Major. Parson argues that there is now no way for that to happen now and the gap between the rich and the poor has got wider.
The argument against the Grammar schools is that they only lift up 20%  - well the Comprehensives lift up zero per cent!  Some argue that Grammar school selection is unfair - well life is tough and life is unfair.That selected group at least had a chance for university education - now it is zero %.

What happens now in schools is that mediocrity is encouraged in preference to excellence.
I know because my three children went through the present day school system recently. No matter how much work for excellence my daughter put in her efforts were consistently ignored while the less able were favoured. The attitude is that the bright children will do well no matter. What message does this send out to the children when high standards are ignored. My daughter is now training as a paediatrian, thanks to her own efforts - and yes my children all went to the local state school.

One thing that does make a big difference is offering good nursery education, and a good grounding in pre-skills BEFORE schooling even starts. We lived in America for ten years where my older son was educated until he was six and he benefited greatly there from the training given in Kindergarten school.

It is wrong to say that the Grammar school system was inflexible. There was a young boy who lived near me - he was immature at 11 and never made the Grammar school cut off, but he started to perform well at secondary school and after two years he was moved to the Grammar school and he went on to study for a science degree at university.  In Scotland the Grammar schools were known as secondary moderns.
Parson states that the major parties are against social mobility and that we need to put family back at the centre. British author Tony Parsons on This Week BBC - http://www.bbc.co.uk/iplayer/episode/This_Week_06_12_2012/

Tony Parsons (born 6 November 1953) is a British journalist broadcaster and author.
He began his career as a music journalist on the NME, writing about punk music. Later, he wrote for The Daily Telegraph, before going on to write his current column for the Daily Mirror. Parsons was for a time a regular guest on the BBC Two arts review programme The Late Show, and still appears infrequently on the successor Newsnight Review; he also briefly hosted a series on Channel 4 called Big Mouth.
He is the author of the multi-million selling novel, Man and Boy (1999). Parsons had written a number of novels including The Kids (1976), Platinum Logic (1981) and Limelight Blues (1983), before he found mainstream success by focussing on the tribulations of thirty-something men. Parsons has since published a series of best-selling novels – One For My Baby (2001), Man and Wife (2003), The Family Way (2004), Stories We Could Tell (2006), My Favourite Wife (2007), Starting Over (2009) and Men From the Boys (2010). His novels typically deal with relationship problems, emotional dramas and the traumas of men and women in our time. He describes his writing as 'Men Lit', as opposed to the rising popularity of 'Chick Lit'.
at 18:22
Email ThisBlogThis!Share to TwitterShare to FacebookShare to Pinterest
Labels: education, social mobility, Tony Parsons, UK
Newer Post Older Post Home